Visit Botswana for the best in beasts and brazen African feats

Visit Botswana for the best in beasts and brazen African feats 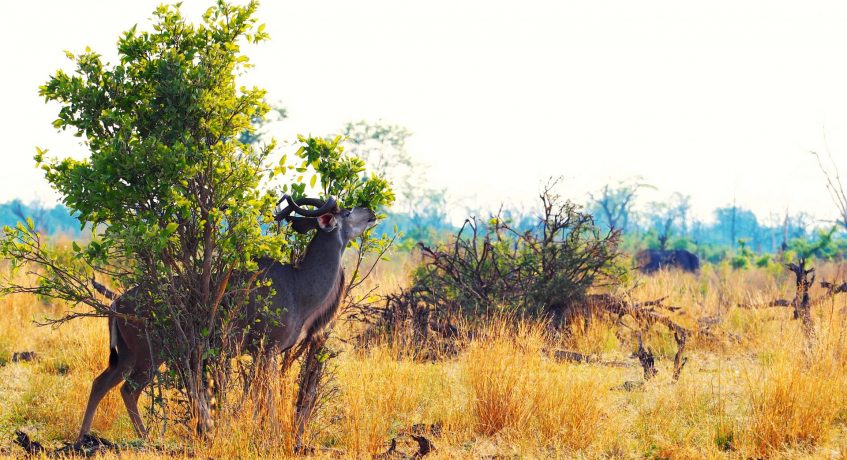 Botswana, officially known as the Republic of Botswana, is a landlocked country in Southern Africa. Formerly named Bechuanaland, Botswana adopted its moniker after becoming independent on the 30th September 1966. Since then, it has been a democratic government, with a consistent record of consecutive constitutional elections and the lowest perceived corruption ranking in Africa since at least 1998. It is currently Africa’s oldest continuous democracy.

Botswana is topographically even, with up to 70 per cent of its region being the Kalahari Desert. Its neighbours are South Africa to the south and southeast, Namibia to the west and north, and Zimbabwe to the northeast. The border between Botswana and Zambia, to its north near Kazungula, is poorly defined and only a few hundred metres long.

A mid-sized country of just over 2.3 million people, Botswana is known for being one of the most sparsely populated countries in the world. Only 10 per cent of the population lives in the capital and largest city, Gaborone. Formerly one of the poorest countries in the world — with a GDP per capita of about US$70 per year in the late 1960s — Botswana has since modified itself into an upper-middle-income state, with one of the world’s fastest-growing economies. Its defining source of revenue is tourism, and for a good reason; it’s stunning!

View the best places and reasons below to tour Botswana for your African trip this season!

Related: Tips and Tricks for your African Holiday Adventure. 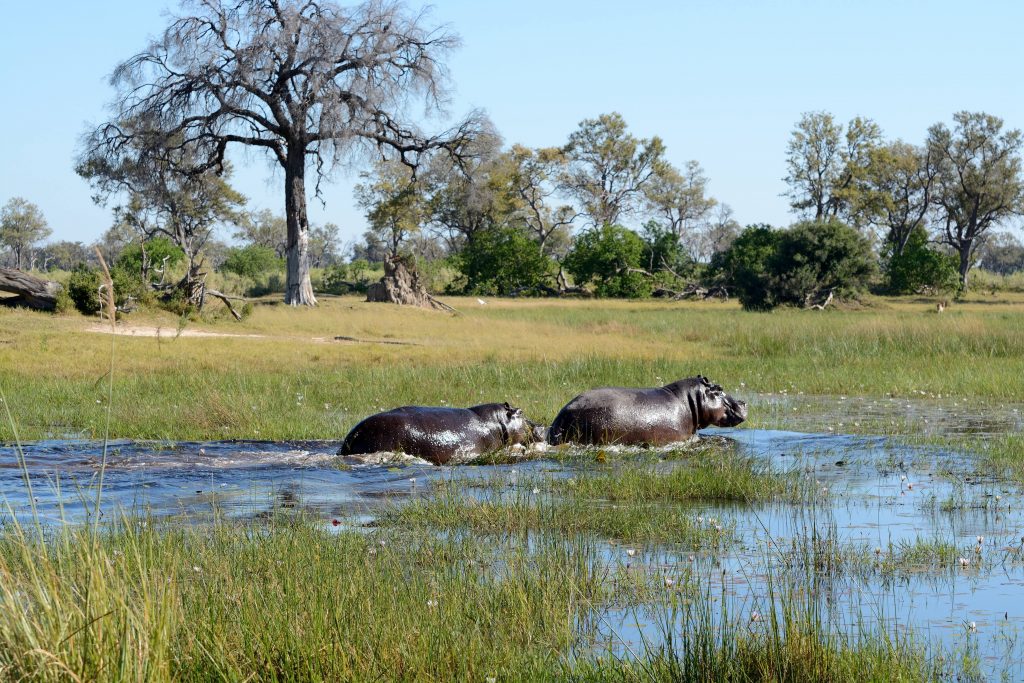 Known as the ‘river with no sea’, the Okavango Delta is a gem feature of the Kalahari. A vast range of water in Botswana, which travelled originally from the Angolan highlands, only to spread down and out to form the largest inland river delta on Earth. Studded with fascinating islets and reed stalk shoals, the Delta is famous for its incredible assortment of aviary wildlife and majestic creatures such as elephants, lions, leopards, zebras, buffalos, giraffes, wildebeests, hippos and crocodiles.

The best way to see the Delta is by mokoro; a traditional canoe crafted from a single large tree. This method allows you to decompress and observe the beautiful scenery and wildlife from a safe yet exhilarating distance. You can arrange to have a driving tour guide to help you traverse the swamps and ground regions. 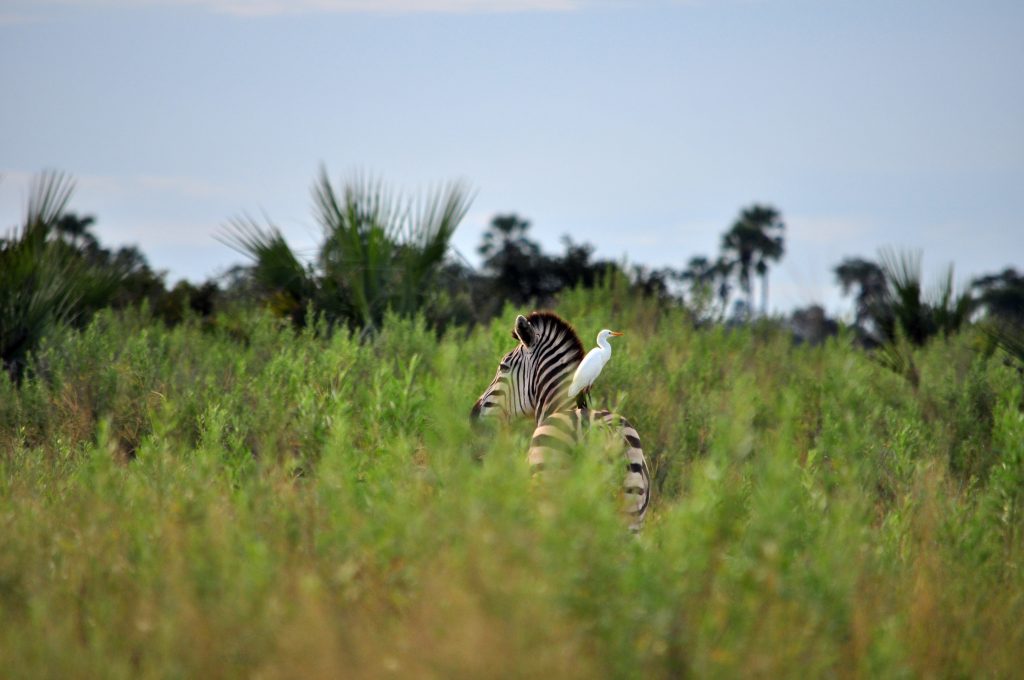 The Moremi Game Reserve covers an expanse of 4,871 km squared (70% of which is part of the Okavango Delta mentioned above). It is considered one of the most beautiful wildlife reserves in Africa, if not the world.

It is composed of acacia forests, mopane woodland, flood plains, lagoons, and lily covered wetlands. The Moremi Game Reserve consists of a labyrinth of waterways encompassing two large islands – Chiefs Island in the west and Mopane Tongue in the east. In this enchanting wildland area, birdlife is abundant and diverse, with over 500 species ranging from lake birds to woodland residents.

There are many species of heron, along with a variety of ducks and geese. As this game reserve is fenced, there are ample opportunities to view the spectacular wildlife all year round without needing to worry about migration patterns. The elephant numbers are copious, particularly during the dry season, as well as boasting a range of buffalo, giraffe, lion, leopard, cheetah, wild dog, hyena, jackal and a full variety of antelope. 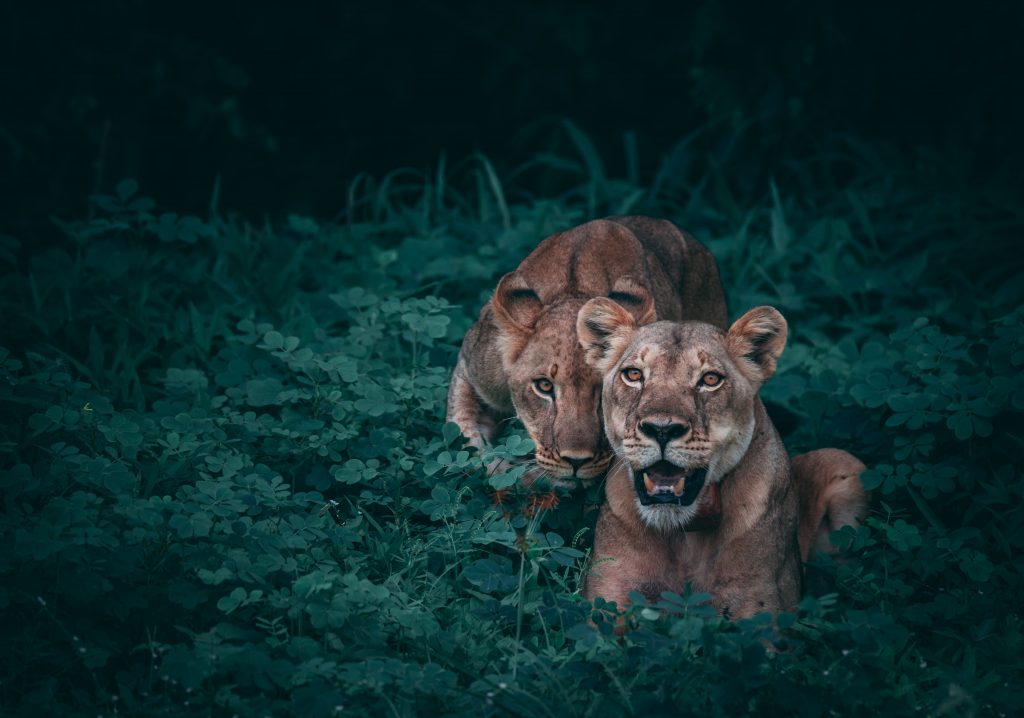 Chobe National Park is the second-largest park in Botswana and covers an area of 10,566 km squared. With stretches of marshland, flood fields, savannah, meadows, forest and the Chobe and Savuti Rivers, this park is renowned for its diversity. Chobe has one of the most numerous assemblies of game observed on the African continent and prizes its elephant community, with around 120,000 calling Chobe their home.

Due to a genetic quirk, the local elephants tend to grow to immense sizes, but their tusks are fragile, resulting in a shorter length than usual. Along with our pachydermic pals, you can also find a wealth of giraffe, zebra, impala, sable, wildebeest, kudu, waterbuck, warthogs, eland, lion, hyena, cheetah and leopard in Chobe.

Within the south-west area of Chobe park lies the Savuti area, just above the Okavango Delta. Affectionately termed ‘The Lion Kingdom’ due to its high population of the majestic creatures, Savuti is famous for its choice game observation options, due to the bounty of wildlife, of both predators and prey. 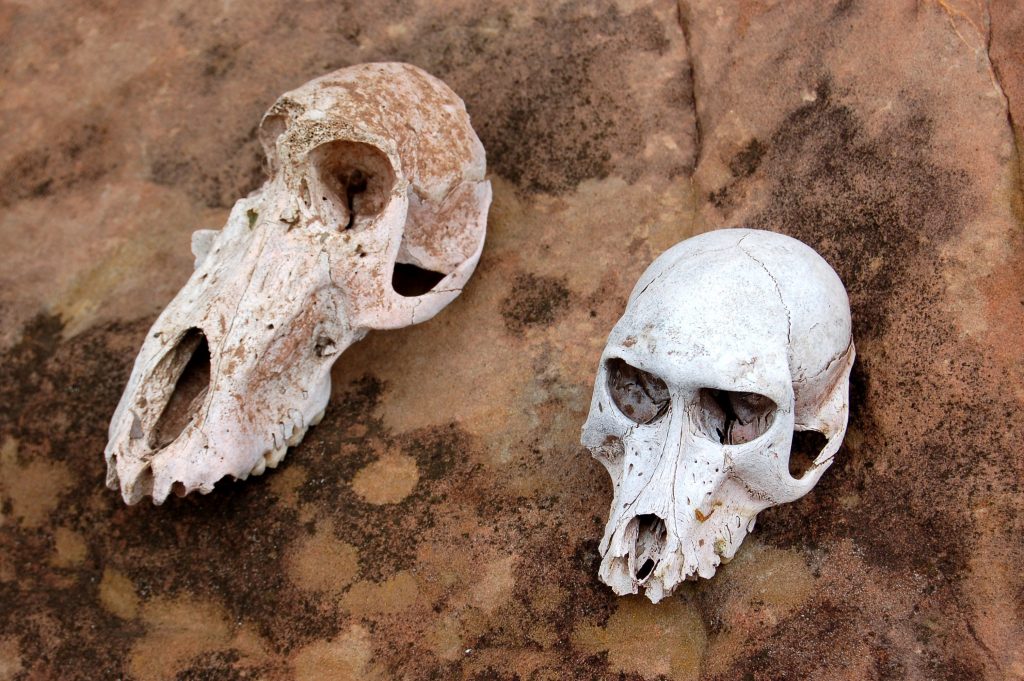 The Tuli Block positions itself in the far eastern edge of Botswana, where the Limpopo and Shashe Rivers converge. The block blends the Mashatu Game Reserve, Tuli Nature Reserve and other smaller game reserves into a region of spectacles.

It’s a realm of various spell-binding appeals, with craggy lands, serpentine rivers, large baobab trees, and extensive savannahs acting as a sanctuary for the single largest population of elephants on private property. The area also hosts giraffe, wildebeest, kudu and zebra, and predators such as cheetah, leopard and hyena. One of the main attractions are the rare black-maned lions, seldom found anywhere else on Earth.

The story of the region dates back just over 80 million years, where you’ll be gifted with its tales on various fascinating Stone Age sites, including African Rock Art on the Tswapong and Lepokole hills and curious geographical rock formations such as Solomon’s Wall. 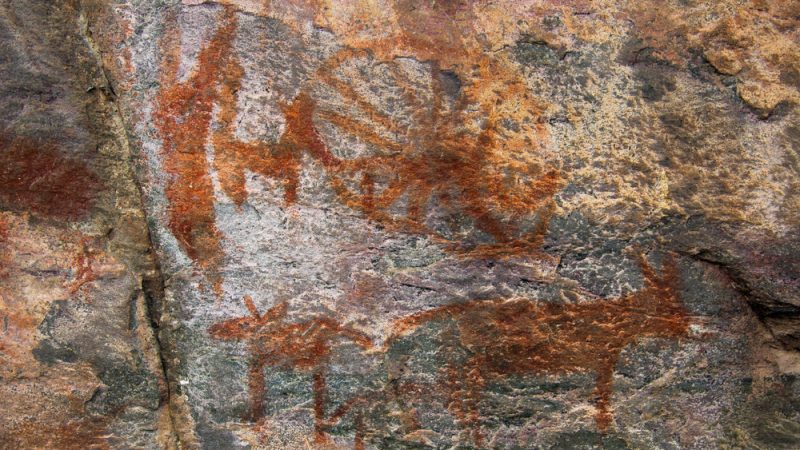 A veritable prehistoric Art Museum constructed thousands of years ago; the Tsodilo Hills are covered in over 4,500 cave paintings. These hills are listed as a UNESCO site, due to their enthralling history. And out of respect for the Sans people’s heritage who have lived here for over 30,000 years with their drawings beginning as far back as 500 AD.

Botswana is a relatively flat country, which serves to emphasise the dramatic rise of the Tsodolio Hills out from the western Kalahari Desert. This stunning sight grows more splendorous when the rock face melds into a bright copper colour with oncoming sunrises. The Tsodolio Hills are a site of immense spiritual significance to the people who live here, as it contains the record and story of its people, available for your eyes on every blessed African day. 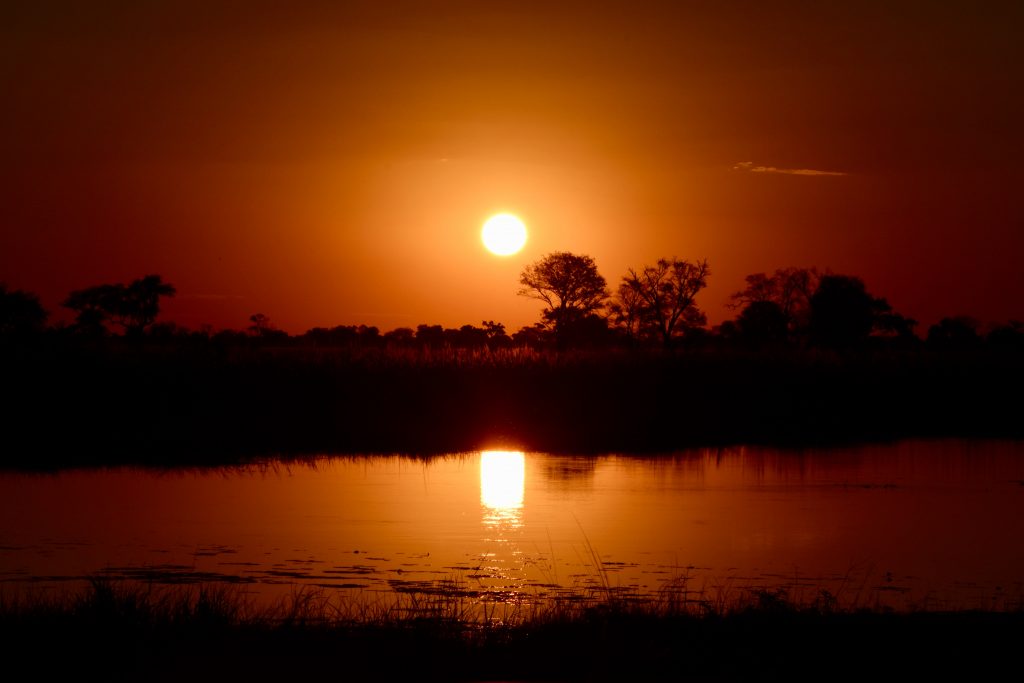 In the northeast region of the Chobe National Park, the Linyanti River creates a swamp area similar to that of the Okavango Delta but on a more modest scale. If you should wish to embark on the journey to this elusive corner of Botswana, your best bet is with a safari journey. which is devoid of the usual crowds of tourists.  Daily off-road adventures are available to showcase the exotic wildlife within the endless vista.

The wetlands are the basecamp of three private franchises within the swamps, open plains and moist woodlands. These are homes to an assorted range of flora and fauna. The area is perfect for canoeing down the meandering rivers or traversing the wild habitats via safaris. Immense herds of elephants and wildebeest congregate along the rivers where they are joined bt the dense concentrations of lion, hippo and antelope. Stalking their prey among the shadows are trickster wild dogs and sovereign leopards.

Botswana is the land of forgotten riches, waiting to be traversed by brave adventurers and thrill-seeking heroes. Make sure to book your trip today through a company you can trust.

The call of Africa is waiting, are you ready to answer?

Bradley Laubscher
I'm just a writer, sitting in front of a laptop. Trying to make this world a funnier, more easily understood, and SEO-friendlier place.
Previous postNatural Namibia wonders you didn’t know existed
Next post5 Life-Saving Reasons You Should Plan Your Holiday Through a Travel Tours Company